Skip to content
Our editors research and review only the best products we trust. We may receive a commission on some (but not all) links associated with our content. As an Amazon Associate, GLAM Vegan earns from qualifying purchases.
Jump to Recipe Print Recipe
No Oven Vegan Donut Recipe Includes:

What makes this a vegan donut recipe vegan?

I absolutely love fluffy yummy donuts. But most store bought donuts are not vegan because the dough is made with eggs and/ or milk, might cooked in lard, and use non vegan sugars or honey. Vegan donuts contain absolutely no animal product.

This recipe is 100% vegan and can also be made without sugar or additional sweetener. I have been experimenting with cutting out sugar and other sugary additives like maple syrup. It takes time but once your completely off sugar you will start noticing the essence of the food and some fruits and vegetables may start tasting really sweet. For me after being off sugar for the most part for the past 5 years carrots, yam/ sweet potatoes taste really sweet.

In this recipe I used fruit (apple) and spice (cinnamon) to add sweetness to the donut. If you still just started your journey to cutting out sugar it might be difficult for you but you can do it! Try this recipe and if it's really missing the sweetness coat the donut with a little bit of organic sugar and cinnamon. I hope to introduce other no-sugar sweets and sugar alternatives to include in your cooking/kitchen.

This recipe doesn't require an oven. You can cook this donut over the stove in a saucepan.

I've always loved donuts as a kid and lately I have been experimenting with making mochi donuts. This recipe calls for yeast but if you want a yeast free quick and easy donut recipe I would recommend checking out my mochi donuts recipe.

Which Dunkin’ Donuts donut is vegan?

According to Dunkin’ Donut’s allergen ingredient guide, no donut at Dunkin’ Donuts is vegan. However some none donut items like drinks or breakfast food might pass as being vegan friendly. 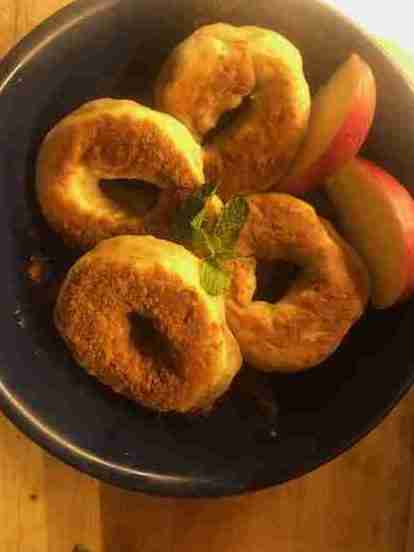 Olive Walsh
Have you wanted to make vegan yeast donut? This is the perfect recipe it is sweetened with apples and cinnamon sugar is optional! No need for an oven you can bake this on the stove.
Print Recipe Pin Recipe
Prep Time 25 mins
Cook Time 7 mins
Resting Time 1 hr
Total Time 1 hr 32 mins
Course Dessert, Snack
Cuisine American
Servings 8 medium sized donuts

Resting the dough: If you live in a cold place or you are making this during winter, please put the dough in the oven and put the oven light on. The oven doesn’t need to be turned on. Just turning on the oven light will keep the temperature warm while you rest the dough and waiting for it to rise. To my sweet toothed chefs – this recipe may not be sweet enough: please adjust the sweetness to your likening by sprinkling cinnamon and organic sugar Use vegan sugar Apples: choose apples that are red and tend to be on the sweeter side like Fuji, Gala, Pink Lady etc. You can choose a green apple but that will give this donut more of a tangy taste.
Keyword sugar-free, vegan

This recipe is not gluten-free (it does contain flour but this vegan donut recipe is gluten-free). Also check out our easy baked sweet potato fries recipe! 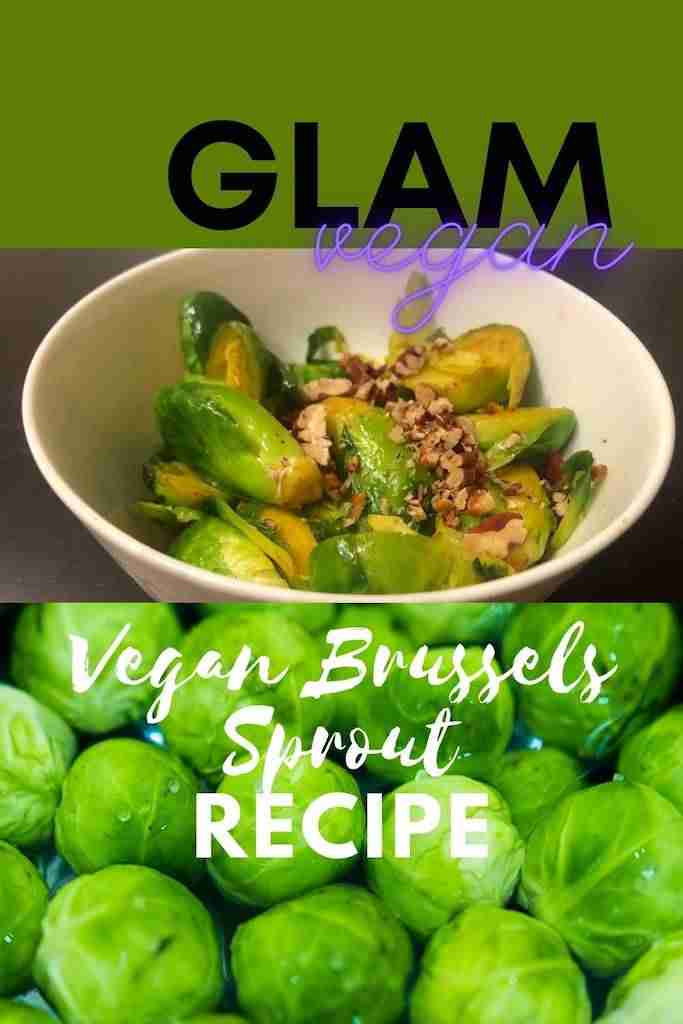 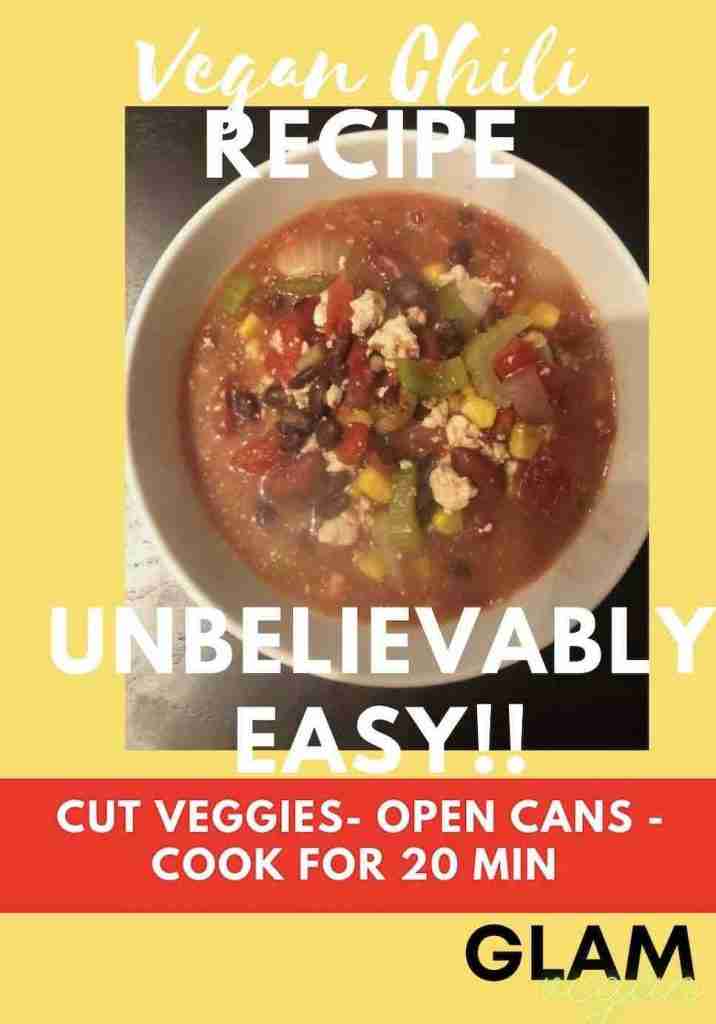 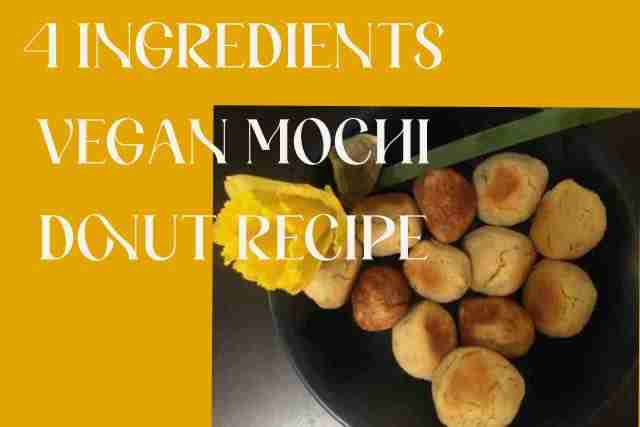 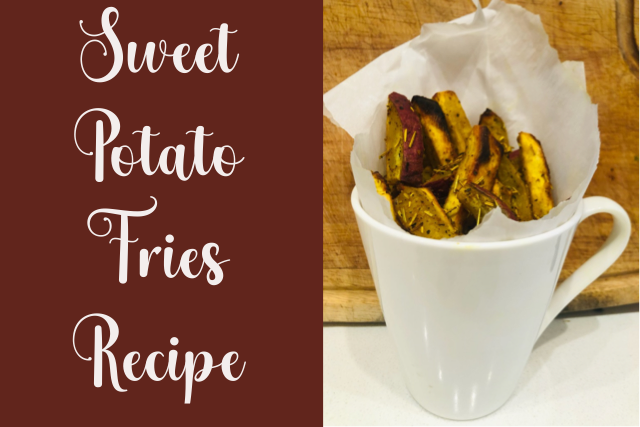